THE FAMILY VACAY: The Good, The Bad & The Memorable
By Kris Wolfe﻿

So I just got back from a weeklong cruise with two t/w/een minions. They are twelve and fifteen. You know the emoji with the big unblinking freaked out eyes? That was me—just trying to imagine the craziness that would ensue on our trip with these two. In other words, I wouldn’t call my boys easy. I literally told them that if they misbehaved too badly we could end up in a foreign prison.

No one went to jail but I learned a lot about my kids on this trip. For example, I learned it is possible for a twelve-year-old boy to eat 70 ice cream cones in seven days (in the hot tub with the old folks was his favorite place to enjoy said cones). I learned teen boys will sell their souls for crappy sunglasses that make them look like mini frat boys. And I learned that we should spend more time practicing our formal dinner skills (oh boy).

I learned some pretty valuable stuff too. The most obvious was that I still have a lot to learn, mainly about my boys. I thought I knew them and knew them well. But I know the 17-acre version of them—the version of them that plays basketball in our driveway and walks to the creek for a good time. I didn’t know that another version even existed.

I learned that KG (the youngest) likes girls. I already knew that of course. He has been checking them out for a while. On the cruise, he held a girl’s hand. And danced with her. He mentioned it as if it were no big deal. He just recently started brushing his teeth without threats, so this is a pretty big bump up. I hope she noticed how sparkly his braces were.

I also learned that KG is quite good at making friends. There aren’t a lot of kids near us, and he has always been awkward in the eyes of others (I think he is amazing!). Due to mild autism, he struggles to make friends at school, but on the cruise, he had a full-time posse. He brought about seven of them back to the cabin one day. He gave them a full tour, “this is where I sleep…” (which pretty much concluded the tour).

I learned that JC prefers the company of adults at times. He played soccer, basketball and even dodgeball with the adults. He sometimes came back, ordered room service and went to bed early, while KG was literally swimming in sweatpants because wasting a trip back to change into swim shorts was just crazy talk. JC is the social one back home, but our youngest was the social butterfly at sea.

I learned that JC feels a lot of responsibility towards KG and it was affirmed to me that KG wants no part of that. He is his own man you know (he proved it by sitting as far from us on the plane as possible.)

I also learned that sleeping is not easy for me if my children are not tucked in tightly and that I have a lot of growing up to do before my children drive a car, and stay out past dark.

I learned that parenting is hard and it’s only going to get harder.

I also learned that my kids are normal. I always see the “character award” kids on my friends’ Facebook pages, and the honor roll stickers on everyone else’s minivans. Meanwhile I spend a lot of time saying things like: Chew with your mouth closed. Your shirt is inside out. Don’t throw food at your brother.

My kids loved this vacation. And I did too. It was my favorite family vacation ever because I got to see my kids in an unnatural habitat that shined perspective on who they really are when algebra and laundry are not looming—when their minds are free from report cards and behavior goals.

Someday they will be men, but for now they are kids. And it was truly amazing and exhilarating to see them just laugh, play, eat their weight in ice cream and fall down surfing for the first time.

I know them better now. But I don’t know them completely. There is a whole lot of who they are, waiting to break through and waiting to become. I hope I am mom enough to get out of their way and let them be. They are among my greatest gifts, and my cup runs over but they aren’t mine to hold tightly forever.

I can’t take credit for creating them, but I sure do plan to enjoy them—brave, shy, creative, sporty, contemplative and even a little awkward.

Oh, and here’s something for you. KG’s principal called me today just to tell me that he has been taking initiative to do his schoolwork. It might not be a character award, but it is a super proud moment in our house, and completely worth celebrating!

Maybe I’ll get my own bumper sticker: 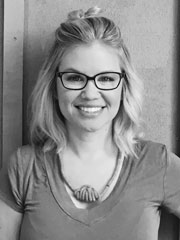 Kris Wolfe is a Christian, wife and mother. She is a freelance writer who focuses on spiritual and practical encouragement, writes lessons for small group purposes for churches, and is also a small group coach. Kris has a master’s degree in Biblical Counseling from Luther Rice University and Seminary and is a listed TN Supreme Court Rule 31 Mediator.

Kris covers topics such as dating, marriage, parenting, divorce, post-divorce recovery, and the blended family. Read more from Kris at: Clarksville, TN Online and her website.

SELF-ESTEEM BEFORE AND AFTER CHRIST

Six positive pregnancy tests, each with weeks filled with elation and big plans; each followed with certain loss and bouts of grief, all in a span of five years. While this may seem like pure tragedy, senseless suffering, there is so much more to comprehend in this story than grief and loss. [Read more...] [En español]

THE TRUE POWER OF LOVE

Love. It’s a word that seems like it should be written in bubble letters, colored in cotton candy pink and surrounded by a dozen puffy hearts stabbed with arrows. But there is no more powerful word in our language. [Read more...] [En español]

I didn’t really grow up in the church, but I didn’t really have an anti-church experience either. In fact, I would say my family had one foot firmly planted on both paths. Imagine how hard it was for us to get anywhere like that. [Read more...] [En español]

I cringe thinking about “secular influences” on my children, not just because they can be bad, but also because I don’t want my children developing a “holier-than-thou” attitude. I want them to be firmly planted in Christ and derive their strength and identity from Him. [Read more...] [En español]

TEACHING YOUR CHILDREN HOW TO “LET IT GO”

It’s more than a song; it’s a mysterious way of living. Letting go our suffering and forgiveness are a cornerstone of Christian living, but it’s a concept that brings shivers to the strongest of Christians. It has been said that forgiveness is not for the weak. [Read more...] [En español]

Ask any parent what they hope for in their children and almost all of them will mention happiness. We all desire happiness for our children and ourselves. We can even worship our own happiness at times, chasing down impossible standards of perfect happiness found only in a children’s book. [Read more...] [En español]

If you are a tough love kind of parent, you might not even care if your kids feel a sense of belonging, so long as they have a motivation to perform and behave. But do you remember what it was like to be twelve or fifteen? Did belonging matter to you? Of course it did! [﻿Read more...﻿] [En español]

You may have heard the story of the prodigal son (Luke 15:11-32). A young man demands his share of the family estate in advance from his father. His father obliges, yet the son runs off and squanders his fortune. Near starvation, he eventually returns home and his father welcomes him immediately and even throws a feast for him. All is well that ends well, right? [Read more...] [En español]

Work. It’s a labor of love. Or is it? People say, “Do what you love and you won’t work a day in your life,” implying of course that if you follow your passion, then it won’t feel like work. But is this really true? [Read more...] [En español]

THE FAMILY VACAY: The Good, The Bad & The Memorable

So I just got back from a weeklong cruise with two t/w/een minions. They are twelve and fifteen. You know the emoji with the big unblinking freaked out eyes? That was me—just trying to imagine the craziness that would ensue on our trip with these two. In other words, I wouldn’t call my boys easy. [Read more...] [En español]

CHOOSING TO LOVE YOUR LOT (When Happiness is a Choice)

There is nothing more aggravating than seeing someone you care about settling for less than they deserve; except perhaps watching them miss out on happiness because they aren’t willing to be happy with their “lot.” [Read more...]

THE POWER IN VULNERABILITY

My husband and I took the trip of a lifetime. Ten days in Italy: Rome, Florence and Venice. It was everything you would expect. But there is always the realm of the unexpected. We had just eaten dinner with strangers from all over the world while overlooking the city of Florence at sunset. [Read more...]

A healthy life involves well-articulated priorities. But who should set our priorities? It seems pretty obvious, right? My life: my priorities. But is this biblical? Better yet, is this even sinful? [Read more...]

Forgiveness is life-giving, relationship-healing and freeing beyond measure. But sometimes when we think we are forgiving someone, we can actually unknowingly be giving him or her permission to keep hurting us. How do we know the difference? [Read more...]